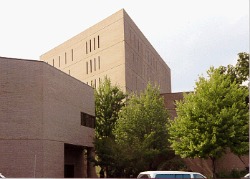 The Roanoke County Sheriff's Office is proud of our jail and the staff who operate it. It is our philosophy to provide temporary supervised housing for persons entrusted to the Sheriff's Office's care, to meet their basic human needs, and also provide programs that will assist those persons in becoming a productive part of society upon release from our jail.

Kermit Moore has been a member of the Roanoke County Sheriff's Office since 1995, serving as Sergeant and Lieutenant in both the Civil and Corrections Divisions for the past 20 years.  He has served as a firearms instructor, Range Master, and member of the Emergency Response Team.